If you live in an area with a thriving deer population, you know there isn’t a whole lot these walking weed whackers won’t eat when they get sufficiently hungry.

Even deer have preferences, though, and strongly fragrant fare isn’t typically among them.

Where does lemongrass rate on a deer’s list of grazeable greenery?

Many gardeners believe that the potent pungency of this ornamental grass is enough to ward off even the most dietarily indiscriminate critters, but is that really the case?

Is lemongrass deer resistant? Due to the strong aroma and flavor of lemongrass, deer tend to avoid this plant. In instances when food is scarce, however, deer will occasionally graze on lemongrass if nothing else is available. Most of the time, the damage will be minimal, and the plant will make a full recovery quickly.

It’s perfectly feasible to raise a crop of lemon grass at home without having to worry about it being gobbled up by opportunistic deer, but only if you go about it the right way.

Continue scrolling to learn how to establish a truce between your garden’s aromatic inhabitants and its animal visitors.

Aspiring horticulturalists often wonder about the relationship between deer and ornamental grasses like lemon grass.

The truth is, they don’t have a particular liking for it, but they’re not above making a meal of it to ensure their survival and that of their young.

Under the right circumstances, deer will eat just about anything that grows in the ground. Lemon grass and similar herbaceous perennials are no exception. That said, it isn’t a common occurrence.

While it’s within the realm of possibility that you could wake up one morning to discover one or more deer chowing down on your prized lemon grass plant, it’s not a scenario you should be overly concerned about.

Aromatic plants like lemon grass don’t so much repel deer as make them reluctant to dig in. In this sense, deer are not that different from humans.

For example, cauliflower may not be your favorite vegetable, and you may steer clear of it when there are more appetizing options available.

Chances are, however, that you wouldn’t turn your nose up at it if it had been long enough since you last ate.

Deer have the same sort of attitude toward lemon grass, which is why it can be tough to give a definite answer as to whether or not they’ll eat it when they come across it.

How To Protect Your Lemon Grass From Deer

Assuming that indoor cultivation is out of the question, one of the best ways to keep a herd of hungry deer from mowing down your lemongrass is to provide them with a tastier alternative.

As a result, they’ll focus their attention on these plants and leave your lemongrass alone.

Assuming you don’t want to go to the trouble of putting down decoy plants, another option is to make use of deer deterrents like sprays (this spray is particularly effective), noise-makers, and electrified fences.

Admittedly though, these sorts of solutions may seem like overkill as a means of defending plants that you could just as easily be growing inside.

How Many Types of Lemon Grass Are There? 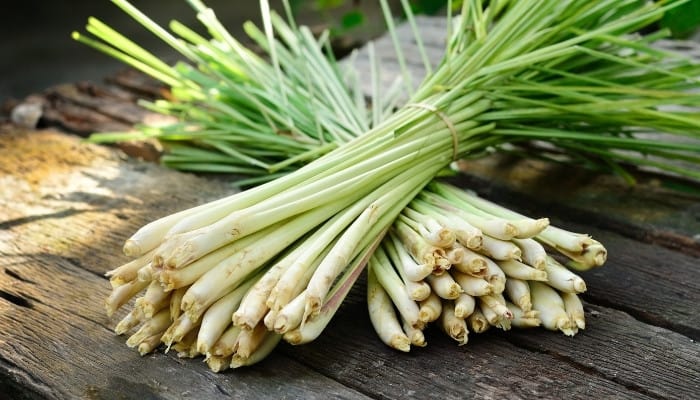 What’s surprising is that only a small handful of them see regular use.

Are All Types of Lemon Grass Edible?

Not all species of lemon grass are good for eating—only about four or five of the 50-plus mentioned above, and not all of the edible varieties are created equally.

If you’re planning on growing your own lemon grass for culinary or medicinal purposes, keep an eye out for select species like C. citratus, C. flexuosus, C. citriodora, or C. ambiguus.

Each of these varieties is safe to eat and will impart a tart, herbal flavor when prepared properly.

Which Variety of Lemongrass Is Best?

The comparative superiority of various types of lemon grass is, of course, a subjective matter. When food and drink are the focus, though, you can’t do better than Cymbopogon citratus.

Cymbopogon citratus is the plant that most people think of when they hear the term “lemongrass.”

Famed for its lemony scent (hence the name) and tongue-teasing zestiness, C. citratus can make a wonderful addition to any number of dishes, beverages, confections, and herbal remedies.

Does Lemon Grass Keep Mosquitoes Away?

As such, the plant makes an effective repellent for mosquitoes and other pesky insects when planted near walkways and seating areas, burned as-is or in candles, or applied to the body as a purified oil.

Despite being a perennial, lemongrass doesn’t do particularly well with cold weather. It’s a tropical plant through and through, preferring to remain in temperatures above 40℉ (4℃) more or less constantly.

Unless you live in a region that experiences mild winters, it’s a good idea to transfer your outdoor plants to containers and let them wait out the frigid months inside your home.

Otherwise, there’s no guarantee that they’ll stand up to a harsh freeze.

Lemon grass lovers, you can breathe a sigh of relief—deer aren’t an immediate threat to your ornamental grass.

In rare instances, deer who have had trouble scrounging up other edibles might have a go at a patch of lemon grass just to have something to fill their stomachs.

Even so, don’t expect them to savor it. Your herb garden presents next to no risk of triggering a full-on feeding frenzy, especially if you’re willing to put more enticing items on display.